There has been a great deal of interest in health and social care devolution in Greater Manchester, and what others could learn from this experiment.  This report presents findings from research commissioned and funded by The Health Foundation and the NIHR CLAHRC for Greater Manchester, which set out to understand how health and social care devolution policy developed, what changes it brought to governance, accountability and organisational arrangements, and how changes to health and care services for people were planned and implemented. 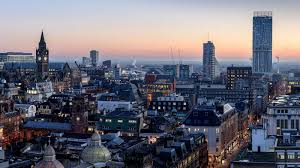